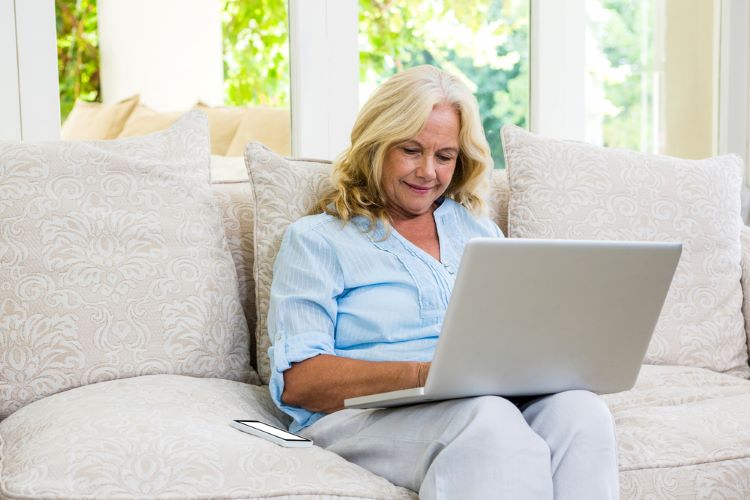 Betty’s laptop had been acting up quite a bit. She had talked with her son on the phone to try to get help and he didn’t know what was causing the issue. Since he lived at a distance it was difficult for him to help her with her computer issues. He recommended that she take the computer to Best Buy to work with the Geek Squad to determine the issue. She was planning to take it in when a helpful notice popped up on her screen that Microsoft wanted to help her solve her computer issues. She picked up the phone and called the number to work with Microsoft. The problem was that the pop up was not really from Microsoft and she was not calling Microsoft to get help with her computer, she was calling a scam company who was ready to make money from her.

They had her connect them to her computer and without her even knowing, they locked the computer and told her she had to pay money (a ransom) for them to unlock it again. She called her son…

Ultimately, they paid the $250 and the computer was unlocked. What they didn’t know is that the company also put spyware on the computer and would be able to see her log into any accounts that she had. They thought they were done with the scammers when they paid but that was just the beginning of the issues.

These types of scams focus on seniors and elderly who are unsuspecting and are happy to see the offer to help pop up on their screen. The scammers use company names like Microsoft when they are not affiliated with Microsoft in any way.
Betty’s son Robert knew that living far from his mom and her recent rash of issues at home, not just the scamming issue, were starting to increase. He was worried about her. When he went to the doctor with her, he brought up some of the concerns. After meeting with the doctor, the nurse came in and mentioned that there are individuals in the community called Geriatric Care Managers, also called Aging Life Care Managers, who can help a family have a local professional who is looking after the care needs of an aging family member and communicate with family at a distance. She gave him the Aging Life Care Association website at www.aginglifecare.org and shortly after that Robert called a care manager.

The care manager met with Betty and the involved family members to put a plan in place to help her with the things that needed to be handled locally and to communicate with the family at a distance. This was a comfort to all involved. Betty was resistant at first, but she really liked the care manager and opened up to the idea that she could use “a little bit of help” to manager her care.

If your loved one is struggling with daily care or other situations and you are concerned about them, please reach out to us at at 803-215-1019 or email us at info@longtermliaisons.com and we’ll be happy to meet with you and them to see how we can help.